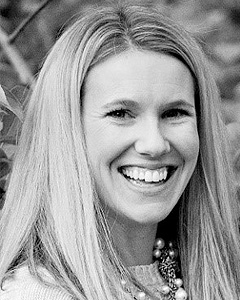 Lindsay first joined the real estate world as a Real Estate Salesperson in Jackson Hole, Wyo. In 2011, Lindsay moved back to her home state of Vermont and began working with the Summit team. Lindsay plays an integral part in the strategic planning, operations, hiring, budgeting, and overall management of Summit and its affiliate companies and properties.  She is the point-person for all new management clients, as well as heavily involved on all new development projects. Since she joined in 2011, Summit has grown its portfolio by over 500 units, including its most recent development, a 39-unit mixed income apartment building in Winooski, VT. Notably, she has spear-headed the design and lease-up effort for a 62 unit senior community that was  recognized by the National Home Builders Association as one of the Best of 55+ Housing in the country for 2015.

Lindsay graduated from Middlebury College in 2007 with a degree in Economics. She has her real estate license, as well as extensive knowledge of many of the state and federal affordable housing programs.

Lindsay lives with her husband, two boys, Griffin & Sullivan, and golden retriever in South Burlington, VT. She enjoys both the mountains and the lake, and is an avid fan of New England’s professional sports teams.